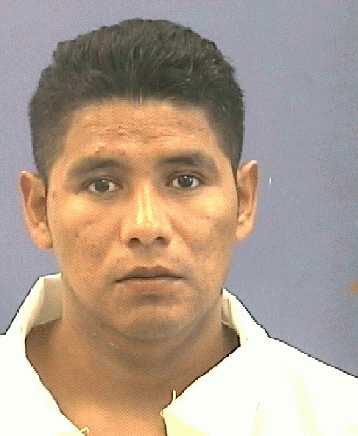 The tragic poets dataset estimates the field of tragic poets and their productions (tragic and satyr plays) at City Dionysia and Lenaia festivals from 499 to 407 BCE. That’s the period spanning from the first known tragic production of Aeschylus to the last known production of Euripides, i.e. the known period of tragic productions by Aeschylus, Sophocles, and Euripides. The number of festivals in which the poets participated is estimated from the total number of plays that the poet had staged during his lifetime, divided by four per appearance at the Dionysia (three tragic plays and one satyr play) and two per appearance at the Lenaia (two tragic plays). The calculations assume that tragic poets did not write comedies. That assumption is consistent with surviving evidence. Aristotle’s compilation of didascaliae (records of the winning poets) unfortunately has not survived. Existing inscriptions and fasti provide only fragments of the competitive record.^ Nonetheless, important aspects of the competitive field can be discerned.

Aeschylus, Sophocles, and Euripides each had long and successful poetic careers. Each had staged on average two plays per year across active careers spanning on average half a century. Tragedy was first presented at the Lenaia c. 435 BCE.^ Hence all of Aeschylus’s plays were presented at the City Dionysia. Sophocles apparently won six victories at the Lenaia.^ We assume his plays were staged at the Lenaia six times. We assume that Euripides, who was less competitively successful than Sophocles, performed at the smaller Lenaia ten times. The Suda entry for Euripides states that he “produced plays for twenty-two years straight, his last during the 93rd Olympiad {408-405}.” That implies that his total number of productions was greater than 22 by the number of his productions between his first in 456 and 429, when his series of twenty-two straight years of productions began.^ From 499 to 407 BCE, Aeschylus, Sophocles, or Euripides won an estimated 34% of the festival competitions for tragic poets.

Tragic poets seem to have run in families. Aeschylus was a forerunner of family poetic dynasty:

Two of Aeschylus’ sons, Euphorion and Euaeon, themselves became tragic dramatists; so did a nephew, Philocles, who was a founder of a dynasty of tragic poets that spanned four generations and lasted until 340 or later.^

Poetic challengers for Aeschylus, Sophocles, and Euripides included each other and each other’s descendants. Sophocles is said to have defeated Aeschylus in 468, and Aeschylus defeated Sophocles about 463.^ Sophocles probably defeated Euripides in some festivals. Oedipus the King (performed between 436 and 426 BCE) is one of Sophocles’s tragedies that Aristotle ranked highly and that has been highly regarded historically. Nonetheless, it was not part of one of Sophocles’s victorious festival participations. With the set of works that included Oedipus the King, Sophocles probably came in second to Aeschylus’s nephew Philocles at the City Dionysia in 431.^

Comic poets seemed to have comprised a different competitive field from tragic poets. Aristophanes in Knights (ll. 512ff) explains why a comic poet had “never before asked for his own {tragic} chorus.” It was “solely / Because he considered mastery of the comedy chorus the hardest / Task in the word. Many have tried but few have succeeded.”^ ^ In the City Dionysia, a tragic poet had to produce three tragedies and a satyr play. A comic poet had to produce only one comedy. Being a comic poet almost surely involved less work than being a tragic poet.

Recent study characterized artists who are successful at an old age as experimental artists. They gradually develop new ideas and techniques through practice over time.^ ^ That’s a plausible description of the artistic development of Aeschylus, Sophocles, and Euripides. They, however, were also successful as young poets. That suggests that they and other leading tragic poets gradually developed ideas and techniques over time. Comic poets apparently had shorter poetic careers. More radical artistic innovation seems to have occurred in comedy.^ Aristophanes’s Knights (ll. 515-40) indicates innovation in comedy.

Go to the tragic poets dataset