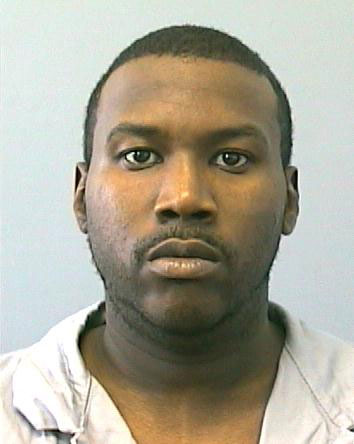 Yearly public performance of male-goat songs began at the City Dionysia in Athens about 2500 years ago.^ ^ These tragic plays concerned acts of violence generating horrific pain and suffering. In Euripides’s Hippolytus, the dead body of a man’s wife is surprisingly presented to him. Amid his intense suffering (“To the gloom under earth, under earth, I would change my dwelling and die in darkness”), he finds a letter on his wife’s body wrongly informing him that his son killed her. Soon thereafter his son enters to encounter his father’s pain and rage. Because the son cannot demonstrate his innocence to the father, the father curses his son, calls him a foreign felon, and has him dragged out. The son’s horses then drag the son’s chariot into rocks along the shore of a churning sea. The son suffers grievous wounds, including head wounds. He is subsequently carried back to his father’s presence. The son dies in his father’s house after his father understands the son’s innocence.

In Sophocles’s Philoctetes, a man suffers from festering, excruciatingly painful sores on his foot. He suffers alone on an island for ten years. His fellow citizens, who put him on the island, subsequently seek to bring him back to their society. The man refuses to rejoin them. Throughout the performance, he experiences bouts of acute pain that flatten him to the ground. His pain makes him scream non-verbally.^

Prometheus’s sufferings are central to Prometheus Bound. That’s a male-goat song historically attributed to the eminent, fifth-century Athenian playwright Aeschylus. In that ancient Greek tragedy, the god who rules the world ordered Prometheus chained to a remote rock for life as punishment for theft. Prometheus is present, chained to the rock, throughout the dramatic performance. In the beginning, he summons the cosmic elements to “see what a god may suffer at the hands of gods!”^ His call invokes Athenian legal language and forms.^ Later, he calls to friends, who are both his cousins and sisters of his wife:

Come,
step down,
down to Earth,
and let me tell you what’s to come,
my story from end to end.
Do as I beg you.
Please. Do as I beg you.
Share with me the misery of one who’s
suffering, for all of us suffer, each in
turn.^

The only action in this male-goat song consists of different figures coming to speak with the enchained Prometheus. The performance ends with increased punishment for Prometheus. He is pummeled into an underground, stone cell. In his last words, he calls out to the earth and sky to behold his suffering.

Prometheus, for all intents and purposes, might as well have been Proteus. … the brunt of this massive scholarship is that Prometheus always stands for something else – character, principle, idea – never for himself.^

Representations of Prometheus have spanned an enormous range:

To Christian allegorical commentators Prometheus stands for intellect, Nous; to Neoplatonists he is constructed as the demonic mediator between heaven and earth; to the medieval intellectual his story symbolizes the mental sufferings incumbent upon contemplation; to the Renaissance humanist he represents good will and right reason in man; and to the Regency Whig gentleman, he is a lover of liberty and a martyr to the external forces of despotism.^

The long history of the interpretation of the Prometheus Bound is almost the history of a mirror. Romantics, liberals, and socialists, gazing into these disturbing depths, have found there an Aeschylean justification of romanticism, liberalism, and socialism, respectively. Authoritarians on the contrary, from the medieval Byzantines onwards, have emphasized with approval the crushing punishment ultimately accorded to the rebel against the Supreme Authority. In word: Tell me what you are, and I will tell you what you think of the Prometheus Bound^ ^

The question “tell me what you are” isn’t one you would normally ask a friend or family member. That question typically seeks to categorize persons in terms of ideological affiliations constructed through the circulation of public works.

Public representations of Prometheus have given relatively little significance to Prometheus held as a prisoner. In a newspaper article in 1756, philosopher Immanuel Kant proclaimed Benjamin Franklin the Prometheus of the new age.^ Prometheus stole fire from the Gods and gave it to humans. In response, the power and force of lightening punished Prometheus. Franklin, the new Prometheus, was a leading public figure who gained additional public acclaim for capturing lightening with a kite to demonstrate that lightening consisted of electricity. About 1774, writer Johann Wolfgang von Goethe represented Prometheus as a figure celebrating humans’ creativity, freedom, and emotional capacity “to suffer and to cry, to savor joy, to laugh.” The novel Frankenstein; or, The Modern Prometheus (1818) associated Prometheus with an ambitious, privileged young man who, through concentrated study, learned to create another living being from inanimate matter. Frankenstein soon came to mean a frightening monster inadvertently created and set free in the world, quite unlike the bound Prometheus. At the beginning of the twenty-first century, the Oxford English Dictionary’s meaning of Prometheus centers on “skilful, creative; audacious.” The chained, suffering, insistently speaking male prisoner Prometheus of the male-goat song Prometheus Held as a Prisoner has largely vanished in public works.

The dominant structure of symbolic competition has changed over time in ways that disfavor extra-textual accountability for represented suffering. In fifth-century Athens, Prometheus Held as a Prisoner and other male-goat songs were typically one-showing dramatic plays produced at yearly Athenian festivals in competition for acclaim. Public works now predominately compete for attention in circulation across centuries and continents. This change in the dominant structure of competition favors changes in the standpoint and style of communication. While a second-personal standpoint was central to Prometheus Held as a Prisoner, attention-seeking public works circulate better when they encapsulate author-addressee relations within the work and give more weight to a third-personal standpoint. Attention-seeking public works circulate better when they present absorbing characters more interesting than the plot. Because such public works must struggle with readers’ choices and opportunities to abandon attention to the work, they are less likely to succeed as unpalatable but purifying medicine. Attention-seeking public works imply emotional accounting in which imaginary sufferings is more closely balanced with imaginary pleasures.