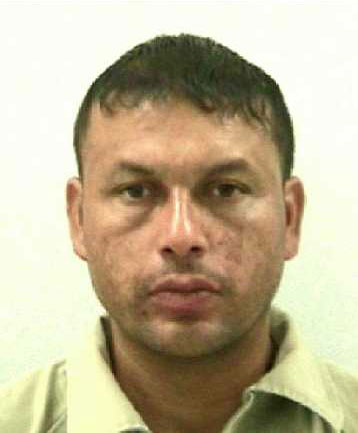 Early ideas for prison newspapers drew upon growing appreciation for the importance of public newspapers. In 1870, a leading prison reformer presented a paper, “The Question of a Prison Newspaper,” at the U.S. National Congress on Penitentiary and Reformatory Discipline. This paper described “the supreme raison d’étre” for a prison publication as conveying public information:

knowledge of passing events, of the questions and strifes that enlist men’s tongues and pens, of the habits of thought and action inwrought into the life of the hour, of the opinions that prevail in society, of the principles and modes of business and labor ^

At the U.S. National Prison Congress in 1895, a presentation described ten points for a “Model Prison Paper.” Among those ten points were the importance of prisoners’ keeping abreast of public information and public developments:

The idea that prisoners need to be publicly informed was a radical change from the earlier idea of cutting off all prisoners’ communication with the outside world.

The late-nineteenth-century reformatory movement spurred the development of the prison press. Reformatories served mainly young adults who were first-time offenders. Reformatories emphasized professional administration, education and treatment of inmates through individualized programs and incentives, and prison officials’ expert judgment for determining the necessary period of imprisonment. Zebulon Brockway, a leading prison reformer, served as warden of the first “new” reformatory, the New York State Reformatory at Elmira, from its founding in 1876 to 1900. In 1910, Brockway included in a list of means and motives for “The American Reformatory System”:

The weekly institutional newspaper, in lieu of all outside newspapers, edited and printed by the prisoners under due censorship.^

The underlying idea seems to have been to control and reform inmates intellectually. That idea gave rise to a much more vibrant and liberal prison press.

Prison newspapers and periodicals spread from mainly late-nineteenth-century state reformatories to being published in many state and federal penal institutions in the mid-1930s. The Elmira Reformatory established its prison newspaper, The Summary, in 1883. The Massachusetts State Reformatory at Warnerville /Concord Junction followed with Our Paper in 1885. By 1904, at least ten out of the seventeen state reformatories published newspapers or periodicals.^ An additional six state prisons also produced prisoner publications in 1904. By 1935, about 50% of state and federal penal institutions had published or were publishing prisoner newspapers or periodicals.^ ^ Studies of the prison press have failed to appreciate its long history.^

The Great Depression seems to have spurred the development of the prison press. About half of the prison publications active in 1935 had been started since 1930.^ During the Great Depression, prison industries undoubtedly contracted along with other industries, and perhaps even more so. Prison officials’ concern to keep prisoners occupied in the midst of idle prison industries may have spurred creation of prison newspapers and magazines in the early 1930s. A leading prison librarian provided a somewhat different interpretation in 1945. He observed that prison publications grew “with almost harelike frequency” from 1930 to 1934 “when the public had other worries than the coddling of prisoners.”^

If one includes the mimeographed newsletters which serve particular groups within a prison, the total probably goes well over a thousand.^

The Penal Press, an informal association of prison publications, numbered 190 members in 1980.^ A leading authority on the prison press estimated that about 100 prison newspapers and magazines existed in the 1980s.^

Early in the twentieth century, the Star of Hope, a publication of prisoners in New York State prisons, was comparable with typical non-prison newspapers. Prisoners wrote, edited, and printed the Star of Hope. It was the “largest and most widely circulated” prison newspaper of the time. The Star of Hope was a sixteen-page bi-weekly publication costing $2.50 per year. From about 1899 to 1903, about 1200 prisoners contributed about 5160 items to the newspaper. Contributors were from the New York State prisons at Auburn (including the women’s prison), Clinton, Sing Sing, and the Eastern Reformatory at Napanoch.^ ^ About 5000 copies of the Star of Hope were printed per issue. Perhaps 3000 of these copies went to New York prisoners, and the other 2000 to persons outside prisons.^ About this time, the average per-issue circulation of weekly publications produced outside prisons was 2400 copies per title. For daily publications produced outside of prisons, average circulation was 8000 copies. The average daily circulation of U.S. newspapers other than those in the ten largest U.S. cities was 4400 copies per newspaper. Newspapers outside prisons at the beginning of the twentieth century typically had four to twelve pages and cost $1 to $5 per year. Thus in size, cost, and circulation, the Star of Hope was similar to typical non-prison newspapers of its time.

By no later than 1909, other prison newspapers also had considerable circulation inside and outside prisons. Our Paper of the Massachusetts Reformatory was offered to all its prisoners, prisoners’ families, and public officials:

A copy of the paper is given to every prisoner, and after he has read it, he may send it home if he wishes to do so. We have a regular mailing list outside of the prison of some 300 names, including the judges of the courts of the state, and high officials of the state, other institutions similar to our own over the country, prominent penologists, prison congress people, and others interested in such papers. When the state legislature is in session a copy is sent to each member every week. We often print an edition of more than 2000 copies for all these purposes.^

The Mirror of the Minnesota State Prison at Stillwater also had considerable circulation:

{The Mirror} is well known in the West and often quoted by other papers. The circulation is about 2200, for though only 1500 copies are printed weekly they are mailed after being read to almost as many more readers.^

The Summary, published at the Elmira Reformatory, mailed 150 copies per week to outsiders.^ Over all, the eighteen prison publications active in 1909 probably averaged about 1100 copies printed per issue.^ Since distributing prison newspapers within a prison, and then mailing out those same copies to others seems to have been common practice, total circulation was higher than the number of copies printed.

Prison newspapers and magazines continued to have considerable circulation inside and outside prisons through the early 1980s. Prison newspapers and magazines in 1966 produced a total of perhaps 270,000 copies per issue. About 33% of these copies were mailed to persons outside prisons.^ Two experts on the prison press stated in 1960 that the penal press is “serving an inside, as well as outside, readership of 2,000,000 throughout the United States and Canada.”^ ^ At that time, The Spectator, which prisoners at the Michigan State Prison published, was one of the largest prison newspapers:

{The Spectator} claims to reach “just about every nation in the world.” It has a press run of 9,000 copies at present, with 1,400 going outside the prison; 900 are taken home by the guards and other personnel; and a few hundred copies are sold weekly at the front counter of the prison.^

The Monthly Record, which prisoners at the Connecticut State Prison published, was distributed to a relatively large share of persons outside prison:

While serving a prison population of 1,000, the Record also reaches an outside audience of about 1,100, which includes legislators, judges, educators, psychologists, newspaper editors and clergymen. It is sent as far as India, Hawaii and Puerto Rico, and is read by such notables as Red Cross President Gen. Alfred E. Gruenther, mystery writer Erle Stanley Gardner and jazz musician Eddie Condon.^

The Menard Time, which prisoners at the Illinois State Penitentiary published, was one of the most highly regarded prison newspapers. In 1959, the year of its twenty-fifth anniversary of publication, the Illinois governor declared a “Menard Time Day” for the State of Illinois. The governor declared that the Menard Time had “attained a place of honest respect in the ranks of professional journalism.” The newspaper claimed to have at least 2000 readers inside prisons and 19,000 outside prisons.^ Estimates of circulation in printed copies (each of which could have been read by multiple readers) were considerably lower.^ Prison newspapers unquestionably were vibrant publications.