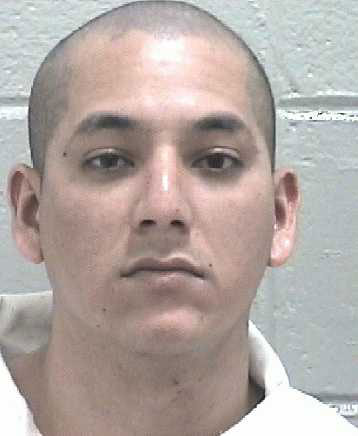 Several times in the past few years, Prison Director James V. Bennett has brought to my attention the study of federal correctional practices financed by the Ford Foundation and conducted by Dr. Daniel Glaser of the University of Illinois. I have come to have a great deal of interest in this project. It represents a major step forward in American corrections – the application of the analytical techniques of the social sciences to the study of the largest and most advanced correctional systems in the world.^

Glaser described the genesis of this study:

In 1957, when I was an assistant professor at the University of Illinois and only three years beyond the PhD, the assistant director of the Bureau of Prisons, Frank Loveland, invited me to Washington to discuss a major study of the federal correctional system. … After Sayre and Bennett {Federal Bureau of Prison leaders} accepted our ideas, they perused annual reports of foundations to determine which members of boards of directors they should phone. Some months later, following formal proposal writing, I had a quarter million dollars from the Ford Foundation {worth about $2.2 million in 2010 dollar value}. Grantgetting has never been the same for me since.^

The study produced a six-hundred-page, highly technical book. To present the study to officials in a more accessible form, an abridged edition of 345 pages was produced in 1969. A the end of 1979, Glaser noted, “Our data have been repeatedly cited to justify … fewer restrictions on letters and visits to prisoners.” By then, Glaser’s study had been cited 285 times, as measured by citations in the Science Citation Index and the Social Sciences Citation Index.^

Glaser’s major 1964 study of prisons included just over four pages discussing prisoners’ correspondence and visits with family and friends. About three pages of that section presented new data on correspondence and visit frequency from a supplemental questionnaire the study administered in 1961-2. Another two paragraphs reviewed four cross-tabulations of parole success and frequency of familial letters and visits for samples of prisoners released in 1925-35, 1940-49, 1954-55, and 1956. In evaluating the effectiveness of the prison and parole system, the study primarily treated functionally central concerns of correctional practice – prisoner personal characteristics, prison discipline, prison work, prisoner education programs, and prison staff training – and their effects on recidivism and prisoners’ post-prison employment prospects. The study treated prisoners’ communication with family and friends as relatively unimportant.

The brief treatment of visiting and correspondence with prisoners indicated that prisoners who received more letters and visits from family were less frequently re-imprisoned for a new offense or a serious parole violation. For example, in the 1940-49 sample, among parolees who had received either two or more letters per month or one or more visits per month while imprisoned (50% of sample), the share not re-incarcerated was 74%. Among parolees who received no familial letters or visits (3% of sample), the share not re-incarcerated was 43%.^ Correlation between communication frequency and parole success does not necessarily imply causation. Particular personal problems and social circumstances might produce both rupture of familial communication and recidivism. Effectively disentangling causes has become central to the development of treatment expertise in sophisticated economic analysis.

Since 1972, scholars have invested little in developing expertise in the communicative treatment of prisoners. The conclusions of the 1972 government bureaucrats’ report hint at a possible problem:

all the evidence suggests that there is a strong, independent, positive relationship between maintaining frequent family contacts while in prison and success on parole.

This evidence suggests that the inmate’s family should be viewed as the prime treatment agent and family contacts as a major correctional technique. This approach has numerous advantages not the least of which is that it is free. It doesn’t require the specially trained staff or costly staff augmentations so common to most treatment approaches.^

Members of an inmate’s family commonly lack training in social work, psychological counseling, and behavioral therapies. Regarding an inmate’s family as “prime treatment agent” devalues the skills of persons involved in treating prisoners.

Prisoner’s communication with family doesn’t provide an amenable field for expert knowledge. An article in a peer-reviewed sociology journal in 1990 considered what it means for an inmate’s family to be regarded as the prime treatment agent:

the maintenance of family relationships during imprisonment is important to family units, to individual family members, including the inmate and children, and to the general public. Family ties are instrumental in reducing the stress felt by individuals separated from their loved ones, in assuring their families that their imprisoned relative is all right, in promoting the prisoner’s mental health, in maintaining family bonds, in decreasing recidivism and increasing public safety. How and why family relationships are instrumental in these ways is not fully understood. How families can be used as an effective correctional resource is also not well defined.^

Hairston’s widely cited literature review from 1988 set out the case for economic analysis:

Whereas family-centered correction programs may be justified for a variety of humane – as well as practical – reasons, a major argument advanced by proponents is that strong family ties during imprisonment reduce the level of future criminal activity (Bloom, 1987; FCN, 1986; Mustin, 1984; Potler, 1986; West, 1985)

Investigation of any phenomenon which purports to prevent crime or reduce criminal activity is mandatory. The claim that prisoners’ families, of which there are many, could be resources in enhancing public safety makes understanding of this phenomenon even more compelling. Unfortunately, little scientific knowledge about prisoners and their families has been collected. The topic has not been popular with corrections researchers as they have generally failed to take into account the fact that prisoners’ social networks extend beyond prison walls. Similarly, few family researchers and social service professionals have identified the areas as a priority for knowledge building or service delivery.^

Claims that prisoners’ communication with family and friends reduce recidivism developed even without supporting knowledge:

With respect to family programs, there are a growing number of family-focused programs in institutions and in communities which claim the reduction in recidivism as a major intended program outcome. …Little is known about the effectiveness of these models in achieving their specific objectives, in contributing toward corrections’ recidivism prevent goals, or in maintaining the quantity or quality of family ties either during or after imprisonment. …No serious assessment of these program models has been undertaken, despite the fact of some growing interest in them.^

The strength of the association between family ties and post-release success is consistent though modest. More importantly, the association held despite the expectations of some that family contact will have a negative impact on prisoners and without programmatic efforts designed to correct or treat prisoners’ families.

Empirical studies and theoretical frameworks independently support the hypothesis of a positive association between the maintenance of family ties during imprisonment and post-release success. … Research for the basic family ties, recidivism hypothesis, though consistent, is quite sparse. Even a basic research foundation requires more extensive studies to determine with whom, and under what conditions, this basic hypothesis holds. Such knowledge could provide the basis for predicting recidivism and could also be used to assess the need for special programs and supports.^

Hairston’s 1988 literature review, within which the 1972 government bureaucrats’ study was the most extensive study reviewed, continues to be cited more than a decade latter.

While none of the studies reviewed in Hairston’s 1988 literature review directly covered telephone communication with prisoners, the U.S. Office of the Inspector General (OIG) has generated a literature review directly concerning prisoners’ telephone communication. In 1999, OIG sought from the U.S. Federal Bureau of Prisons (BOP) studies concerning the effects of inmate telephone calls. Initially the BOP cited three studies. Upon examining them, the OIG found “none of the studies examines the use of telephones by prison inmates or analyzes the effect of reasonable telephone restrictions on inmate behavior or personal development.”^ The OIG then repeated its request for research and received additional studies:

The BOP later provided the OIG eight studies conducted by other researchers which it believes establish that inmates “telephone usage and other contacts with family contribute to inmate moral, better staff-inmate interactions, and more connection to the community, which in turn has made them less likely to return to prison.” However, the few of these studies that address telephones merely suggest that they can be used as a means for the inmates to maintain contact with their families, without any comprehensive analysis. In addition, while recognizing the problems of misuse of the telephones, they do not address whether inmates are more likely to use the telephone for positive purposes, or for criminal purposes.^