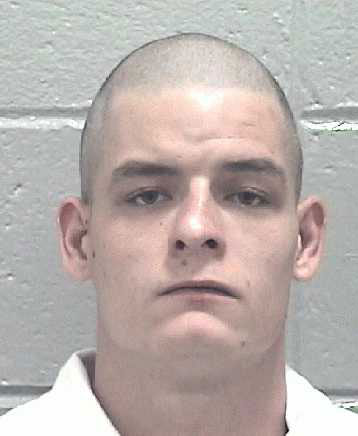 Many prisoners and ex-prisoners have authored public works. A bibliography of published works by U.S. prisoners and ex-prisoners, 1798 to 1988, lists about 950 titles.^ Two-thirds of those titles were published between 1971 and 1981.^ Established literary presses and literary magazines in the U.S. have printed thousands of prisoners’ poems and dozens of prisoners’ books of poetry.^ The American Center of PEN, a global association of writers, established a literary competition for prisoners in 1973. By the late 1990s, the competition was attracting from prisoners “annually about seventeen hundred stories, poems, plays, and non-fiction pieces.”^ Across the century from 1885 to 1985, U.S. prison newspapers and magazines published roughly a million pages of writing that prisoners authored and edited. Traditional publishing involves considerable coordination among persons, time, and expense. The number of works that prisoners have written for publication, but that were never published, is probably much higher than the number of published works.

Books by inmates, both current and former, are an increasingly lucrative segment of the fast-growing genre known as “street lit,” “ghetto lit,” “urban” or “hip-hop” fiction.^

The article noted that Leondrei Prince, while serving an eight-year sentence in Delaware state prison, wrote a book that sold 50,000 copies in just three years.^ According to one scholarly author:

Much of the influential literature of Judeo-Christian civilization was composed under conditions of incarceration or involuntary exile. … It is arguable that it is impossible to understand Occidental thought without recognizing the central significance of prison and banishment in its theoretical and literary composition.^

Great Prisoners: The First Anthology of Literature Written in Prison (1946) and The victim as criminal and artist: literature from the American prison (1978) exemplify the public importance of prisoners’ publications.

Whether inside or outside prisons, most writers do not achieve popular success. H.L. Mencken, an influential early-twentieth century journalist and public intellectual, solicited manuscripts from prisoners for his journal, The American Mercury. About 1932 Mencken observed:

It seems to me that it would be unwise to differentiate between authors in prison and authors outside. As a matter of fact, the differences separating them are few and inconsiderable. … Most of the manuscripts that have reached me from prisoners during the past three or four years have been of very little merit. Many such poor fellows believe that, because their stories are interesting to themselves, everyone outside ought to be interested in them also. This, of course, doesn’t follow.^

The editor of a literary magazine focusing on prisoners’ work “felt that only 1% of the work submitted to her was publishable.”^ Persons outside prisons have written a huge and continually growing body of words freely available through the Internet. Most publishers would probably consider much less than 1% of those words to be publishable. The editor of a published collection of prisoners’ writings declared:

I am convinced that no reform and no diminution in crime is possible until we realize that the convicted and the nonconvicted comprise but one community.^

Prisoners have been part of the community of public authors. Interests, incentives, and confirmation bias in the market for publications significantly constrain many authors’ possibilities for success. As authors of public works, prisoners have not fared better than have authors in general.

Prisoners have made extraordinary efforts to be published. The book Words From the House of the Dead: Prison Writings from Soledad describes its production on its cover: “A Facsimile Version of a book produced INSIDE Soledad and SMUGGLED OUT.” The book’s preface expresses an ambitious hope:

it is hoped that eventually the work will be made available to every university in america and to every place where concerned citizens go to gather. it is hoped also and too, that the work will come to be regarded as a standard reference work in the field of penology as it offers a brilliant portrayal and an up-to-date view of the criminal mind in the prisons of amerika^

Getting a book into university libraries is not the same as getting it widely read. Economics professors assign students to read Mankiw’s Principles of Economics. Professors grade students based upon their reading of Mankiw’s book. This institutional structure is much less prevalent for reading Words from the House of the Dead. A charge record for Words from the House of the Dead held in a major university library indicates that the book was borrowed once in 1977, once in 1978, once in 1990, and once in 1992. The charge record doesn’t indicate any borrowing since 1992. Charge records in other books indicate with stamps borrowing through 2007. While comprehensive microdata on actual reading are not readily available, a reasonable guess is that only a very small share of the U.S. reading pubic has read Words from the House of the Dead.