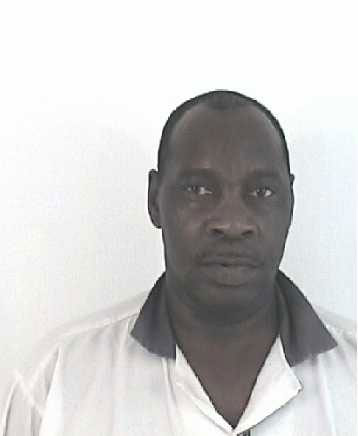 An important, under-appreciated source of historical statistics on prisoners in the U.S. is the national decennial censuses. They include counts of all persons, including persons held in prisons and jails, on the day of the census. Those data are crucial for constructing statistics showing trends in U.S. imprisonment since 1850. We have made the census prisoner data available in computable forms in datasets of 19th-century U.S. prisoner statistics and U.S. prisoner statistics since 1900.

The U.S. national census of 1860 includes one table on prisoners. It reports, by state, the “whole number of criminals convicted with the year” and “in prison on 1st June.” Both types of statistics are separated by “native” and “foreign.” Prisoners apparently were under-counted in the 1860 census relative to the 1850 census. Available data indicates that the total number of prisoners increased sharply from 1850 to 1860.

In the opinion of the Superintendent of the Census, no use of these figures for purposes of comparison between States and sections, or between the several periods of time covered by these publications, will be justifiable, unless reference is had to the remarks which precede the tables.

The introductory remarks to the tables note:

From the number in prison have been excluded the inmates in houses of refuge, houses of correction, and institutions of kindred character.

Prisoners apparently were under-counted in the 1870 census relative to the 1850 census. Here are estimated comparable U.S. Census prisoner statistics from 1850 to 1890.

The Statistics of the Population of the United States: Ninth Census, 1870, General Tables of Miscellaneous Statistics, Table 19, pp. 568-70.

The U.S. national census of 1880 reported more extensive prisoner statistics than did any preceding U.S. census. It included prisoner statistics by facility for state prisons and penitentiaries and workhouses and houses of correction (coverage limited). It also included information on the numbers of sentenced and unsentenced prisoners.

Here are prisoner statistics from the 1880 census in computable forms..

Falkner, Ronald P. 1892. Statistics of prisoners 1890 collected by the Warden’s Association of the United States and Canada.

The act of Congress (March 3, 1899) authorizing expenditure for the census of 1900 required that censuses of “special classes” (which included prisoners) could not occur until after the census of agriculture and manufacture was complete. The census of prisoners associated with the population census of 1900 thus took place in 1904.

The prisoner census in 1904 differed in scope from preceding censuses. The report below noted:

while proceeding censuses included as prisoners all persons kept behind prison bars, the present one was restricted to sane prisoners at least 10 years of age confined on a term or indefinite sentence in civil prisons and juvenile delinquents committed to special institutions. (p. 12)

The juvenile delinquents confined in special institutions have been enumerated separately. They comprise persons of both sexes sentenced by the courts to institutions designed solely for the reception of juvenile offenders. Young offenders sentenced to reformatories for adults, which in some instances receive boys of 15 years of age, are included among prisoners. (p. 13).

Prisoners in military prisons and insane prisoners can be excluded from prior censuses to form a consistent series. Non-sentenced prisoners held in 1904 have to be estimated.

The 1904 prisoner census was the first U.S. national census to include data on commitments.

The prisoner totals include juveniles housed in reformatories for juveniles and adults. Reformatories in this census are reported in two categories:

[2] U.S. Department of Commerce, Bureau of the Census, Prisoners and Juvenile Delinquents in the United States 1910 (GPO: 1918).

The Census Bureau conducted a prisoner census in 1922 as a preparatory exercise for the prisoner census associated with the population census of 1920. (see [1], p. 3) The 1922 census was conducted by mail and telegraph and requested comparable statistics for 1917. The prisoner counts were for July 1 of 1917 and 1922. The share of county and city jails not reporting data was higher for 1917 (18%) than for 1922 (5%). Non-governmental institutions holding women prisoners were included in the survey. Other prisoner censuses did not encompass such institutions, hence women in non-governmental institutions are excluded from the prisoner time series count.

Overall, the census of 1922 provided information lacking in the subsequent census for 1923, but the 1922 census was less detailed and the report was only 26 pages long.

The prisoner census for 1923 included only sentenced prisoners and apparently under-counted.^ The census enumerated prisoners on January 1, 1923. Adjusting the January 1, 1923 jail figures seasonally to a June, 1923, figure would add about 2500 prisoners to the total. That adjustment results in the June, 1923 estimated total being about 24000 prisoners lower than the corresponding July 1, 1922, figure. That magnitude undercount scales roughly consistently with the lower number of reporting penal institutions in 1923 compared to in 1922.

Sources from U.S. Department of Commerce, Bureau of the Census:

The prisoner census associated with the 1930 U.S. national census was separated by prisons and jails. Prisoners in federal and state prisons and reformatories were collected as part of an annual statistical series established in 1926. The Census Bureau did a separate census of sentenced prisoners in county and city jails in 1933. These two series, as well as an estimate for unsentenced prisoners, have to be summed for a count of the total number of prisoners in 1933.

Here are prisoner statistics from the U.S. Census of 1930 in computable forms.

U.S. Bureau of the Census Sources:

a substantial majority of the 15,000 to 20,000 juvenile delinquents in reformatories and detention homes were 14 years old and over and were, therefore, included. (p. 2)


This census comment seems to have either significantly underestimated the total number of juvenile delinquents, or given figures for commitments rather for a count of juveniles present on a given date.

The adjustment to exclude juvenile delinquents, most of whom were probably in institutions classed as reformatories, makes the 1940 census data broadly consistent with the 1940 figure from the annual series for prisoners in state and federal prisons and reformatories.
Prisoner statistics workbooks:

Sixteenth Census of the United States: 1940; Special Report on the Institutional Population 14 years old and over.

The census of 1950 and 1960 report prisoners under two institutional classes: prisons and reformatories, and local jails and workhouses. Prisons and reformatories include only institutions under federal and state government control. In some states control is joint or unified. The 1960 census report notes that Georgia prison camps were classified as state prisons, while the New Castle Correctional Institution in Delaware was classified as a local jail. The official count date for these and subsequent censuses is April 1.

Here are prisoner statistics from the 1950-1960 national censuses in computable forms.

Here are prisoner statistics from the national censuses, 1970-2010, in computable forms.