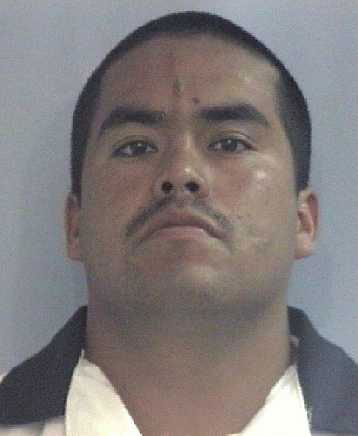 Like the general category violent victimization, sexual victimization is highly prevalent and largely not punished through the criminal justice system. If evaluated without gender bias, sexual victimization is roughly equally balanced between women and men. Sexual criminalization, in contrast, is highly skewed toward men. In the U.S., massively increasing sex-crime punishment would greatly raise the already extraordinarily high incarceration prevalence and make even more unequal the already highly disproportionate incarceration of men.

Most victims of sexual victimization are not currently receiving justice through the criminal justice system. According to a prominent national survey, 21% of women in U.S. colleges in 1997 had been raped or suffered an attempted rape prior to the start of the 1996 school year. The report estimated that 4.9% of college women experienced rape or attempted rape in the prior calendar year.^ That survey of sexual victimization didn’t survey college men. Another prominent national survey declared in a pull quote that “nearly 1 in 5 women and 1 in 71 men in the U.S. have been raped at some time in their lives.”^ That figure for men doesn’t include as rape men being made to penetrate another sexually. Less prominently reported estimates indicate that about 6% of women and 5% of men in the U.S. suffer sexual violence each year.^ Those percentages amount to nearly 15 million persons per year. Victimization surveys thus provide enormous scope for expanding punishment for sex crimes.

Demand for much more extensive sex-crime punishment exists in the U.S. within an already extraordinarily punitive and gender-biased criminal justice system. The U.S has the highest prevalence of incarceration among countries around the world. The prevalence of incarceration in the U.S. is more than seven time greater than that in France and Germany. Moreover, the sex composition of prisoners is highly unequal: in the U.S., about ten men are incarcerated per women incarcerated. Currently the U.S. criminal justice system convicts about 32 men for rape or sexual assault for every woman convicted of those crimes.^ At least in part because men receive longer prison sentences than women do, about 80 men are in prison for rape or sexual assault for every woman in prison for those crimes. More extensive sex-crime punishment would raise the prevalence of imprisonment and increase the number of men in prison per women in prison.

Estimating the effects of more extensive sex-crime punishment depends on the deterrence effect of imprisonment. General deliberation about the deterrence effect of imprisonment has for decades been wide-ranging, contentious, and inconclusive. Surveys of sexual victimization typically find that most offenders are family members, friends, and other persons regularly known to the victim. Criminal penalties are likely to be less salient for sexual victimization in intimate or familial contexts than in other contexts perceived to be more publicly regulated. Much of the rape literature attributes the cause of rape to patriarchy, male dominance, or male attempts to affirm male control. The number of men in prison seems to have little relevance to these explanations. Such theories thus suggest that imprisoning more men isn’t likely to reduce sex crimes.

Greatly increasing penal punishment for rape implies massively increasing the prison population and a large but not unprecedented rise in the ratio of males to females in prison. Among persons convicted of rape or sexual assault, 82% of the men and 43% of the women are sentenced to incarceration. Suppose that the criminal justice system convicted of rape yearly as many sex-crime offenders as prominent estimates of rape victimization suggest. That would imply an additional 1.1 million men and 23 thousand women incarcerated per year. Men and women incarcerated for rape/sexual assault spend on average 5.5 and 3.8 years, respectively, in prison. Under the 10% deterrence parameter, the number of persons in prison would rise from 1.6 million to 6.9 million in five years. The ratio of men to women in prison would rise from 13.3 to 24.1. The prison sex ratio doesn’t rise to nearer the current rape conviction ratio of 32 men per woman in part because prison-staff sex crime is much less sex-skewed than rape convictions are. Prominent estimates of rape/sexual assault victimization do not include men made to penetrate another sexually. If such victimization were recognized as real rape, the projected increase in prison population would be much greater and much less biased toward men.

Under reasonable model definitions and parameters, massively increasing penal punishment for rape would reduce sexual victimization of women, but increase sexual victimization of men. Given the proportionate 10% deterrence parameter, the model shows that total rape assault would be 34% lower with a prison population of 6.9 million persons. Rape of women (inmates and non-inmates) would decline 35%. However, rape of men would increase 71% because of the much larger number of men in prison. Even with the projected increase in incarceration to 6.9 million persons, rape victimization would be about a million persons per year. Further increases in incarceration would be needed to deter further rape victimization.