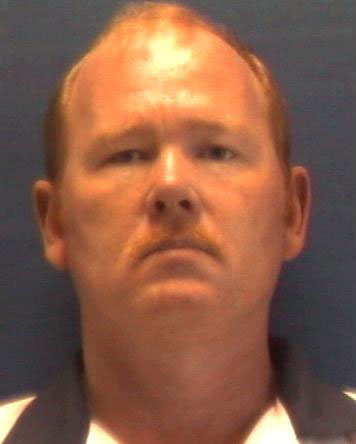 The purpose of this work is to describe to practitioners what the research tells us about domestic violence, including its perpetrators and victims, the impact of current responses to it and, more particularly, the implications of that research for day-to-day, real-world responses to domestic violence by law enforcement officers, prosecutors and judges.^

Practical Implications instead promotes unreasonable criminal suspicion of men for domestic violence. Here is the report’s short, two-paragraph answer to the question of how men differ from women as victims of domestic violence:

These declarations prejudicially cast criminal suspicion on men that police officers have identified as victims of domestic violence.

Implications for Law Enforcement
Specific incidents of domestic violence may not reveal longer term domestic violence patterns, particularly if the suspect is a female and the victim is a male. Police should acknowledge this and encourage suspects who are more typically victims to report future victimization, notwithstanding their current suspect status.

Implications for Prosecutors and Judges
Specific incidents of domestic violence may not reveal longer term domestic violence patterns, particularly if the suspect is a female and the victim is a male. Prosecutors and judges should be sensitive to this fact in charging and recommending sentences for such defendants and in issuing protective orders or fashioning sentences.^

If practitioners don’t recognize here encouragement to gender-profile men for arrest and punishment for domestic violence, the report offers more direct, quantitative recommendations. Practical Implications offers a desultory review of statistics on the share of men in state action addressing domestic violence (re-defined in this report to mean intimate-partner violence):

Perpetrators that come to the attention of the criminal justice system are overwhelmingly male. For example, 86 percent of abusers brought to court for restraining orders in Massachusetts were male, as were those arrested for domestic violence in California and Charlotte, N.C. (as much as 97.4 percent for the most serious cases). In Rhode Island, 92 percent of abusers placed on probation for domestic violence were male. A Cincinnati court study found 86.5 percent of 2,670 misdemeanor domestic violence court defendants to be male. The overwhelming majority of their victims were women: 84 percent in both Charlotte, N.C., and Berkeley, Calif. The 2000 NIBRS multistate study found that 81 percent of the suspects were male and their victims were female. ^

The most nationally representative statistic in that collection is the last mentioned, NIBRS data. NIBRS data for 2000 and 2010 indicates that 78% and 75%, respectively, of persons arrested for domestic violence are male. Practical Implications goes on to offer one-sided numerical standards for justice:

Implications for Law Enforcement
If the ratio of male to female suspects and victims differs substantially from those found above, departments should be alert to potential gender bias in their response to domestic violence. Ongoing training and supervision can address overrepresentation of female versus male arrests.

Implications for Prosecutors
Prosecutors should be alert to gender bias in the response of local law enforcement agencies and re-screen cases if the percentage of female suspects accused of abusing male victims exceeds that commonly found across the nation.

Implications for Judges
If, upon reviewing domestic violence dockets, judges find much higher rates of female-on-male abuse cases than those typically found across the country as a whole, they should be alert to potential gender bias on the part of police and/or prosecutors and ensure that they are presented with sufficient evidence to confirm the correct designation of victims and their abusers.^

A substantial percentage of victims of domestic violence hit their perpetrators back. … A substantial number of victims will not self-disclose their victimization. Consequently, determination of primary or predominant aggressor may not be self-evident.^

Implications for Law Enforcement
If the rate of dual arrests exceeds that found on average across the country, law enforcement departments should develop and implement specific primary aggressor policies and protocols.

Implications for Prosecutors
If presented with a dual-arrest case, prosecutors should conduct an independent analysis to determine the predominant aggressor and proceed against that suspect alone.

Implications for Judges
In dual-arrest cases, judges should insist that prosecutors provide evidence that one of the parties was the primary or predominant aggressor and the other the victim. This may be particularly important, as advocates caution that female victims who are arrested along with their abusers may nonetheless plead guilty in order to be able to return home to care for minor children.^

According to Practical Implications, dual arrest figures above the national average indicate a problem, while dual arrest figures below the national average aren’t of concern. The “problem” of dual arrests for domestic violence is addressed through primary aggressor policies and protocols. These policies and protocols gender-profile men for arrest for domestic violence. Showing contempt for the difference between judges and advocates, the “implications for judges” come from advocates’ gender-role-based special pleading:

advocates caution that female victims who are arrested along with their abusers may nonetheless plead guilty in order to be able to return home to care for minor children.

In response to the prejudicial question, “How many abusers are likely to do it again?” Practical Implications encourages conclusion justice-system action:

Implications for Law Enforcement
It is safe to assume that, more often than not, the typical abuser who comes to the attention of law enforcement has a high likelihood of continuing to abuse the same or a different victim, both in the short term and over the subsequent decade at least.

Implications for Prosecutors and Judges
It is safe to assume that, more often than not, the typical abuser who makes it to the prosecutor’s office has a high likelihood of continuing to abuse the same or a different victim, both in the short term and over the subsequent decade at least. While prosecuting specific, discrete incidents, prosecutors should recommend sentences that address long-term patterns of criminal behavior and are based on abuser risk for reabuse. Judges should fashion civil or criminal remedies/sanctions that maximize protection of current and/or future victims from the abuser.^

These prejudicial implications point in the direction of harshly punitive criminal justice system response to roughly four million domestic violence police calls per year. In 2009, the U.S. held 2.2 million persons in prison and jails on any given day. Among the incarcerated, men outnumbered women by ten to one. Practical Implications in effect suggests that highly sex-biased U.S. mass incarceration should be expanded enormously.

Generally, the seriousness of the presenting incident does not predict reabuse, whether felony or misdemeanor, including whether there were injuries or not, or what the specific charge is. Abuser personality types have not been found to be associated with increased risk of reabuse. Actuarial data offer improvement over clinical data. Victim characteristics, including relationship with abuser, marital status, and whether the parties are living together or separated, have not been found to predict reabuse. At least one study has found that victim cooperation does not predict recidivism.^

One implication is that gender bigotry, rather facts, can easily dominate the criminal justice response to allegations of domestic violence. According to the report, the implications are that law enforcement, prosecutors, and judges should be more concerned with (biased) beliefs about generic future risks than with actually committed acts:

Implications for Law Enforcement
Criteria for charges should not be confused with criteria for determining future risk. Abusers cited for misdemeanors are as likely to be dangerous as those charged with felonies.

Implications for Prosecutors
Criteria for charges should not be confused with criteria for determining future risk. Abusers charged with misdemeanors are as likely to be dangerous as those charged with felonies. If the offense against a dangerous defendant is not chargeable as a felony, prosecutors should explore the applicability of enhancement statutes for repeat offenses, multiple charges if appropriate, or maximum allowable sentencing recommendations.

Implications for Judges
Criteria for charges should not be confused with criteria for determining future risk. Abusers charged with misdemeanors are as likely to be dangerous as those charged with felonies. Although constrained by statute, judges should seek to minimize offender risk to the maximum extent allowable by law.^

Practical implications for the burden of proof are explicit:

Implications for Law Enforcement and Prosecutors
Given high base rates of reabusing, the default presumption should be that the defendant is likely to reoffend until proven otherwise. Risk instruments do not significantly improve upon victim perception and basic actuarial data.^

Suspects are to be presumed to be guilty of future offenses unless proven otherwise. Proving innocence of future offense is, of course, infeasible. The reference to “basic actuarial data” refers misleadingly to the bitter scholarly controversy over the gender distribution of domestic violence:

Of course, the most powerful predictor of risk of domestic violence is gender. All of the research concurs that males are more likely to reabuse than females.^

Predicting likelihood of reabuse is much more difficult than evaluating actual abuse. Actual acts, rather than expert prediction, is a much sounder basis for punishing individuals. Orienting domestic-violence punishment to “basic actuarial data” replaces difficult, important justice system responsibility with merely ratifying the power and control of anti-men gender bigotry in Practical Implications and much other domestic violence research.