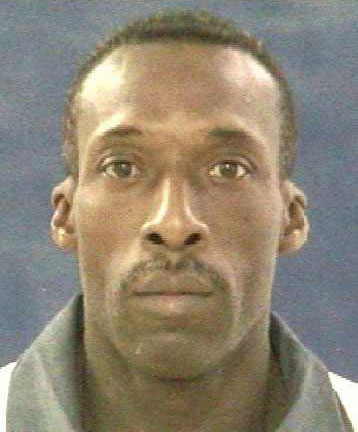 Highly damaging criminal suspicion of men persists with little rational basis across a wide variety of public discourses. Consider claims of the form “domestic violence is the leading cause of injury to women.” In the criminal shadow of such claims, without the need for explicit mention, are men — men as a stereotyped class of persons who commit violent crimes against persons most closely associated with them in love. Such claims have great significant for individuals’ lives and for the public allocation of resources. Such claims have been prevalent in public discourse for more than two decades. Nonetheless, under reasonable consideration of facts, such claims are clearly false.

as this Article opens by observing, battering of women by husbands, ex-husbands, and lovers remains the single largest cause of injury to women in the United States today.^

Falsely claiming a greatly exaggerated scope for love’s failures supports a greatly expanded scope for punishment’s application. An article in the McGeorge Law Review used the false claim in identifying an epidemic of unreported crime:

Domestic violence is a national epidemic. It is “the leading cause of injury to women between 15 and 44 years of age in the U.S.–more than car accidents, muggings, and rapes combined.” In fact, domestic violence “is believed to be the most common yet least reported crime in our nation.”^

An article in the Nevada Lawyer placed such a false claim squarely within the administration of the criminal justice system:

The City Attorney’s office vigorously prosecutes domestic violence cases and has a victim advocate on staff who helps prepare victims for the case. “Domestic violence is the leading cause of death and injury to women,” she says, and her program’s goal is to break the cycle of violence.^

The state substitutes for interpersonal violence incarcerating, by physical force if necessary, persons in prison. The appeal in public discourse of that trade-off in violence dominates economic interests. Thus a DePaul Law Review article entitled “Mandatory Arrest Of Domestic Abusers: Panacea Or Perpetuation Of The Problem Of Abuse?” reasoned:

If domestic violence really were the leading cause of injury to women, the amount of additional jail space required to incarcerate all the (implicitly male) domestic-violence perpetrators would greatly expand the U.S.’s world-leading system of mass incarceration. The cost of such jail space generates relatively little concern.

According to the Department of Health and Human Services, domestic violence is the leading cause of death and injury to women between the ages of 15 and 44.^

Similar claims aggregating death and injury also occur in eight law journal articles. The invocation of death is not plausibly related to serious statistical evaluation. The function of death seems to be to prompt fear, horror, and anger.

Frightening comparators similarly function to prompt fear, horror, and anger . Claims that domestic violence is the leading cause of injury to women are commonly extended with claims that injuries from domestic violence exceed injuries from other sources of harm. Frightening comparators that have been used include car accidents, muggings, rapes, occupational hazards, cancer deaths, heart attacks, strokes, and war. For example, a note in the Yale Law Journal advanced its argument with this statement:

The Senate Judiciary Committee, after reviewing a wide array of studies on violence against women in the United States, reported that “[v]iolence is the leading cause of injuries to women ages 15 to 44, more common than automobile accidents, muggings, and cancer deaths combined.”^

An article in the Harvard Women’s Law Journal advanced its argument with a similar claim:

In 1992, the United States Surgeon General Antonia Novello cited intimate violence as the leading cause of injury to women — more than car accidents, muggings, occupational hazards and cancer deaths combined.^

In conjunction with deploying frightening comparators, an article in the Yale Law and Policy Review more explicitly identified the male perpetrators:

In spite of an increasing number of legal reforms, the single largest cause of injury to women in the United States remains battering by husbands, ex-husbands, and lovers, who collectively inflict more injury upon women than car accidents, muggings, and rape combined.^